Recently we have started introducing the concept of ‘The 3Rs: Reuse, Reduce and Recycle‘ to our little bugs. It’s never ever too early or too late to start with good habits. Sorting paper, plastic for recycling bins, reducing water wastage and turning off lights and fans when leaving the room and things etc. are few of the things we try to follow.

So I thought let me have some fun when teaching the boys about re-using old and used items. The DIY-er in me just did a happy twirl when I came across this quick and super fun craft with a shoe-box. 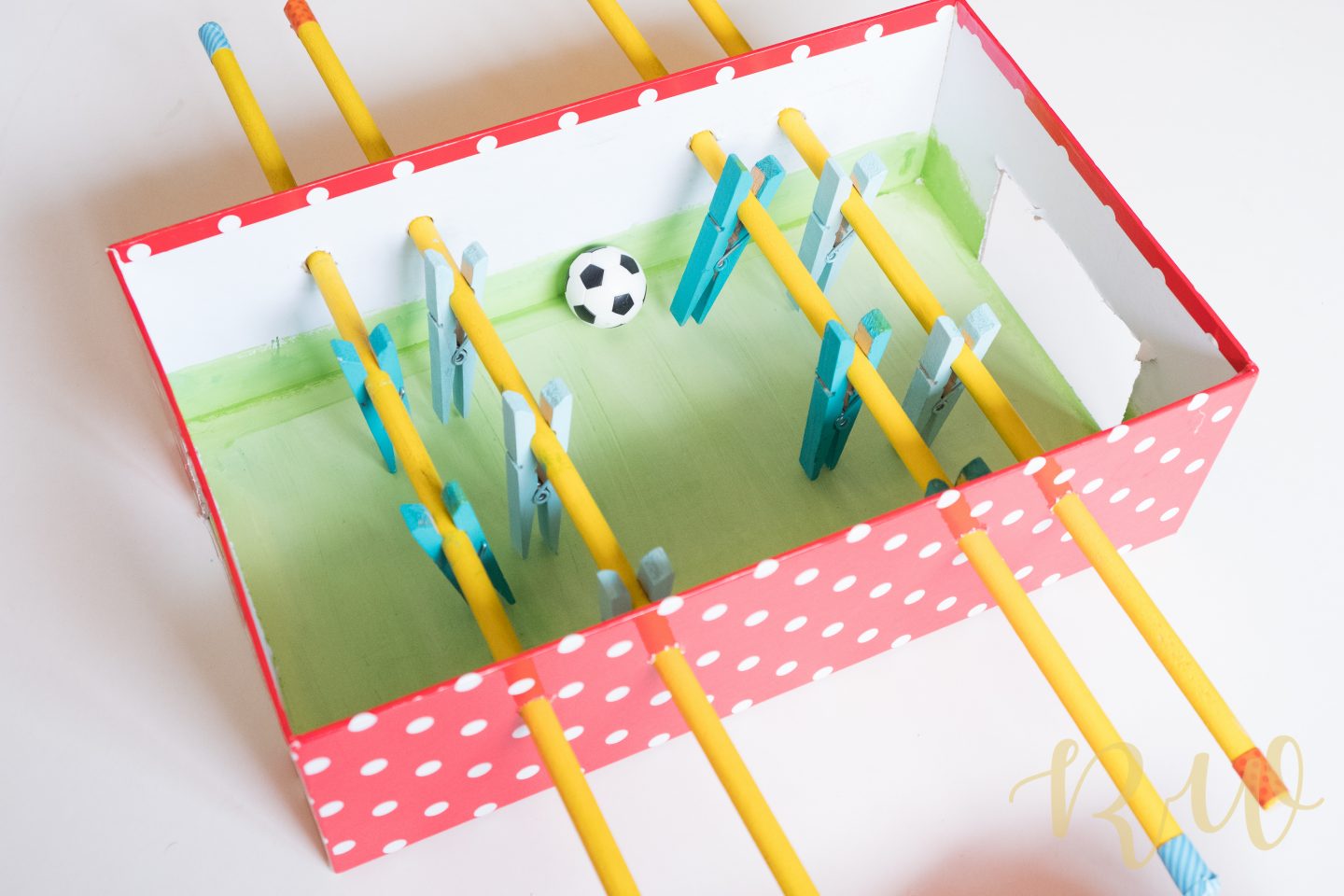 I have a habit of keeping boxes (all kinds!!!) for organising purposes in the cupboard.This DIY is not only easy to make but is easy on the purse too, since almost all the items can be found at home.

Making a foosball table for the boys took me back to the Friends days when I thought this was probably the coolest game ever. Seeing Joey and Chandler play, I would often dream of playing it someday myself!

Coming back to the DIY here are the list of the things needed to make this project: 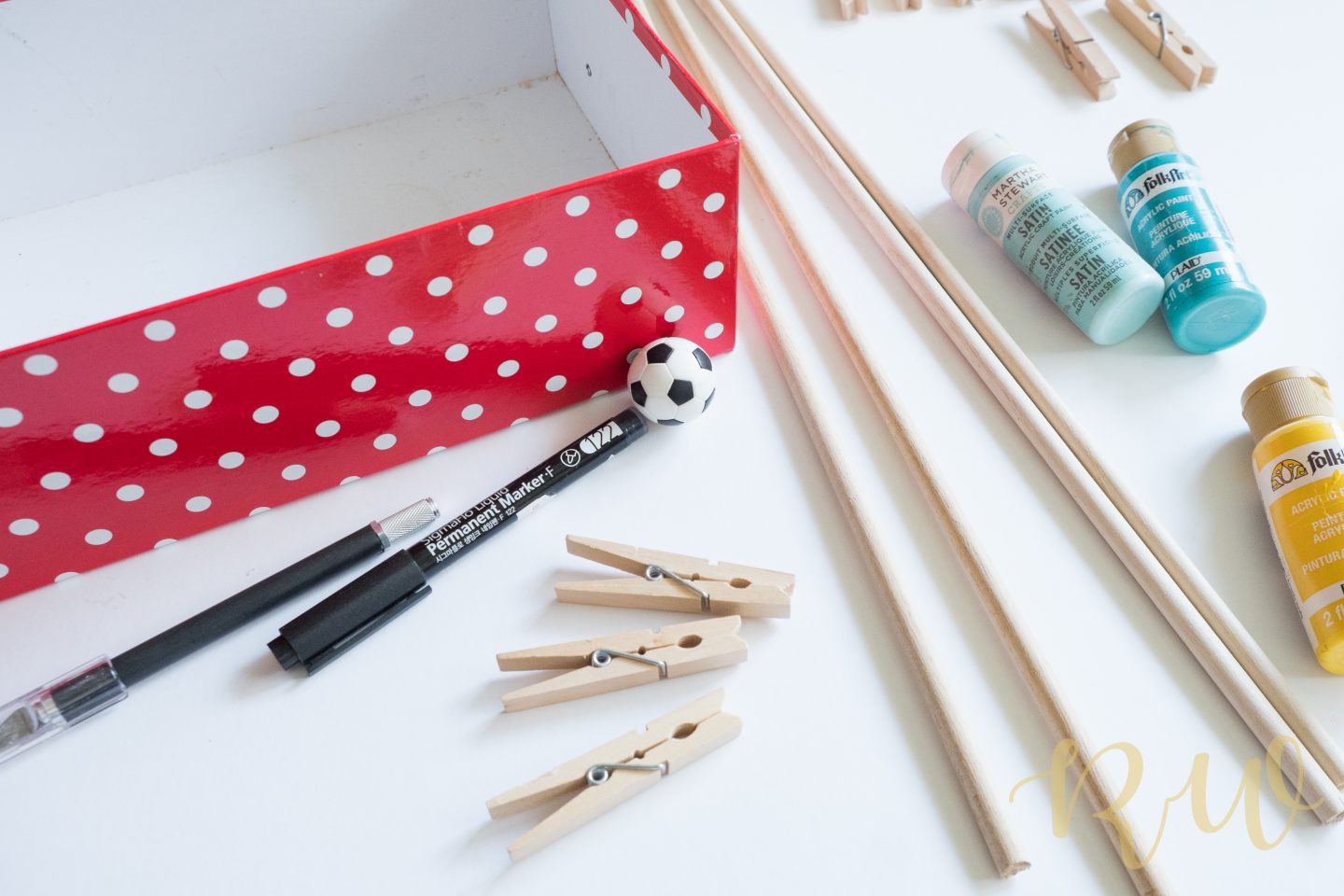 How I made it:

I measured out the holes  to make on the box on each side by putting one clothespin on the dowel and checking how it would kick the ball. The clothespin must be slightly above the base of the box and should not be touch it – for ease of movement. I used a ruler to mark out the holes, 2 on each side and made them with a knife.

Next it was time to decide how to align and position the clothespins (a.k.a the players) on the dowel. I used 4 dowels, two for each kid. I put the clothespin in a 2-3-3-2 arrangement (as shown in the pics). I marked the points on the dowels so that I could glue the clothespin on them later.

Now comes the fun part!!! Painting everything, the box, the dowels and the pins. This is where one can get as creative as one wants, so bring it on ! 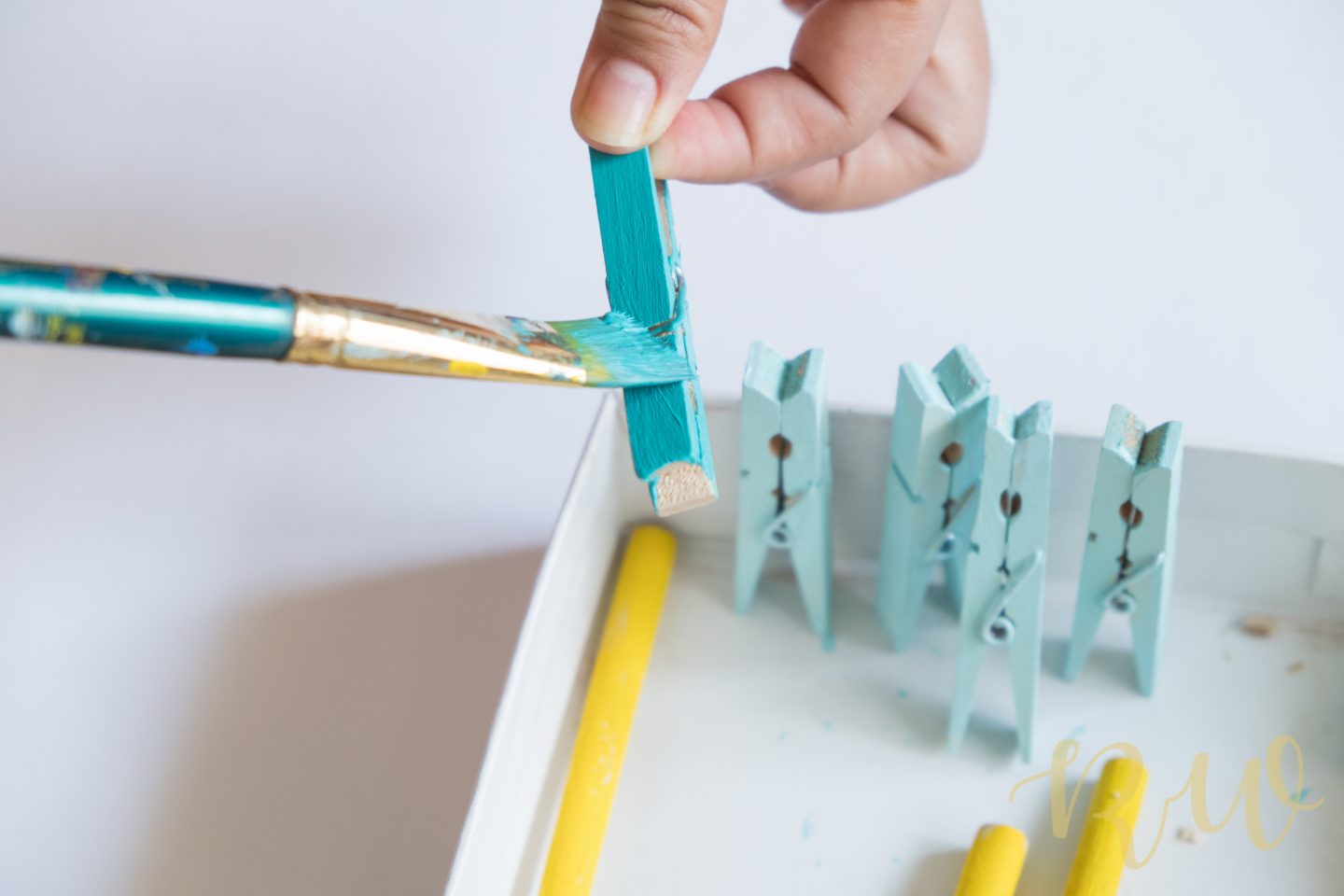 I coloured the 10 clothespin in 2 different colours, 5 each, so that they would represent two teams. 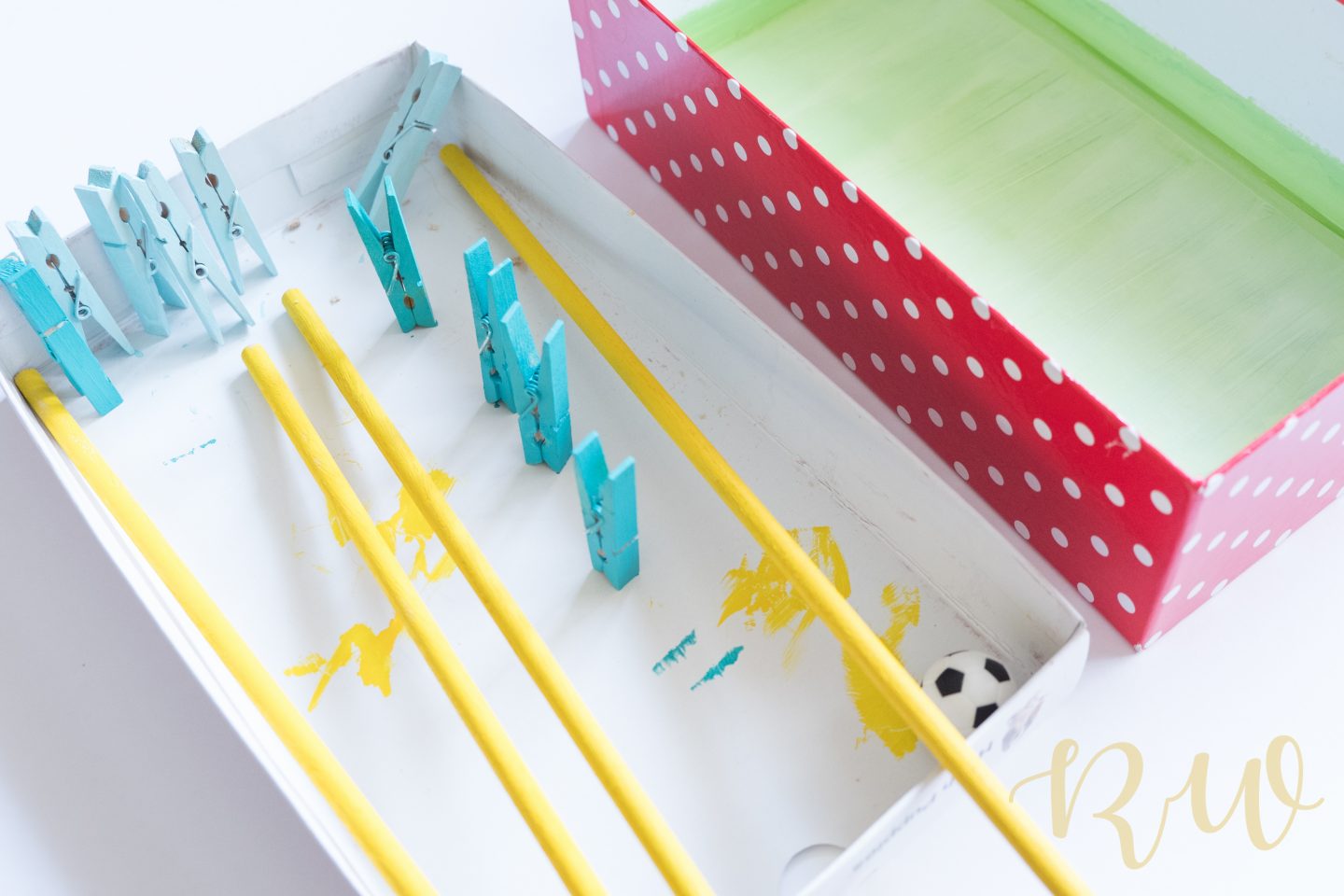 I also wrapped two different coloured washi tape for the boys to identify which stick they should hold. 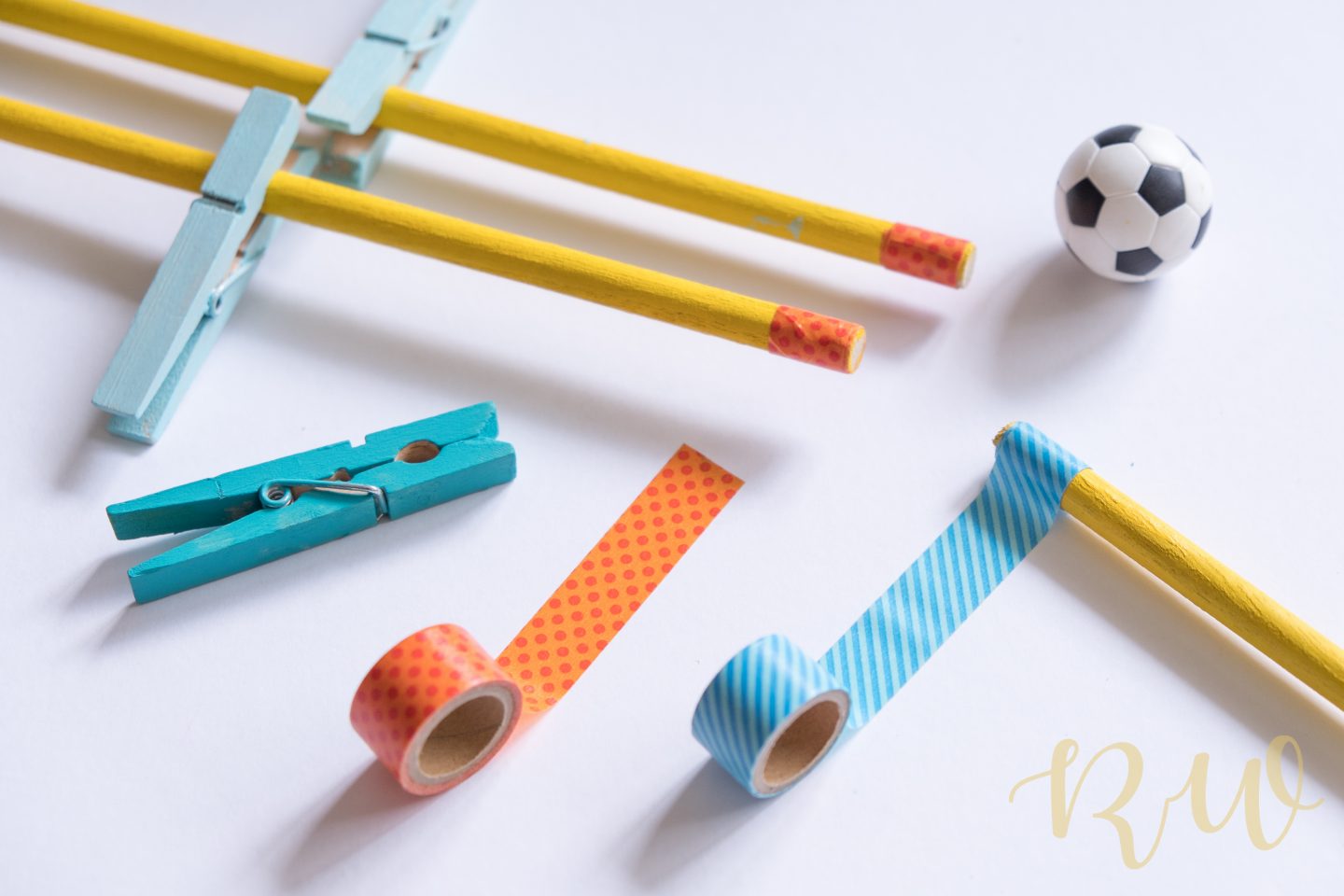 Once the paint dried, I gently pushed the dowels through the holes and put the clothespins at their right places. It’s best to glue the pins at this stage, so that when those chubby fingers are rigorously playing, the pins won’t move or the dowel won’t slide out.

I also cut out 2 rectangles on the two smaller sides of the box for the goals. 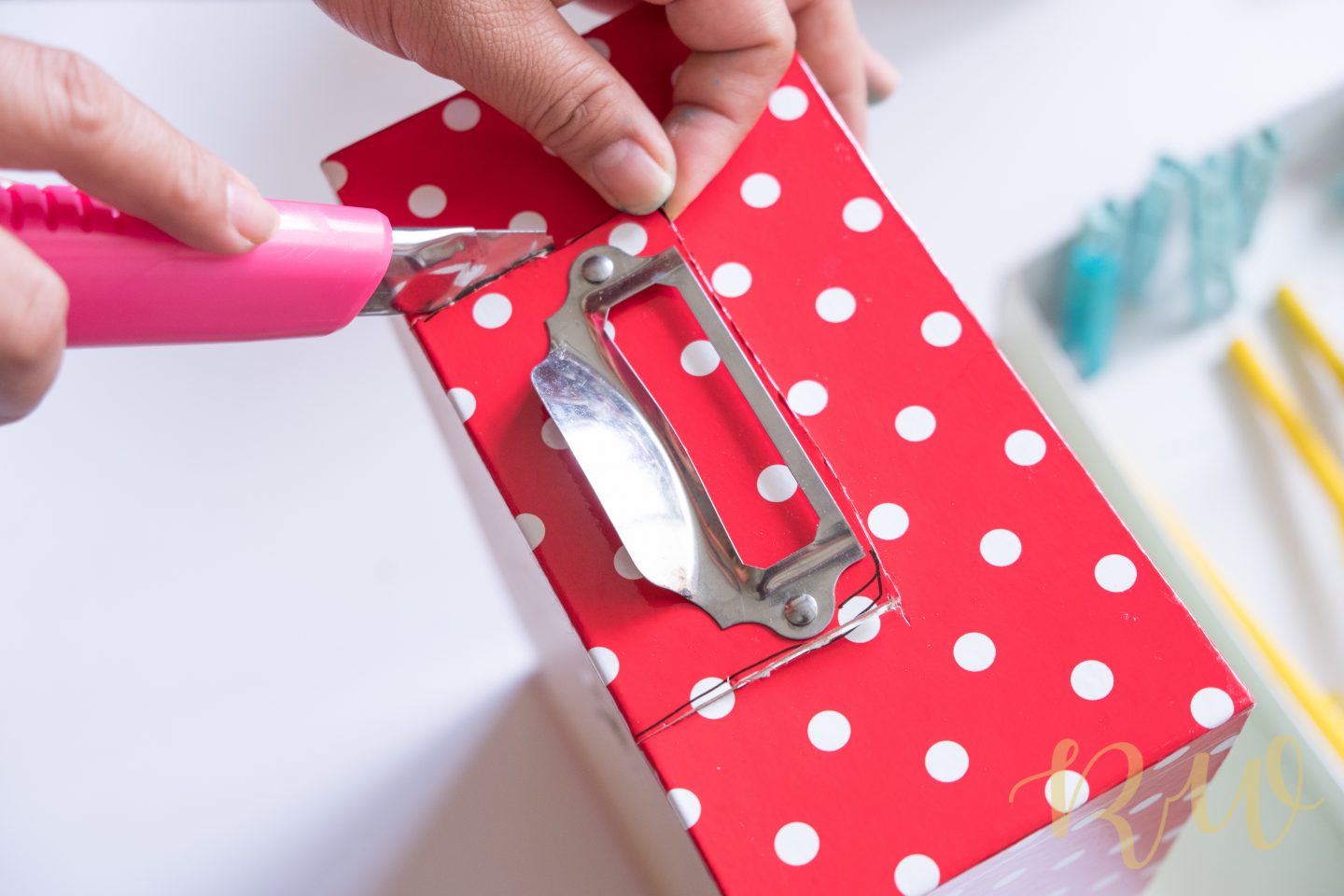 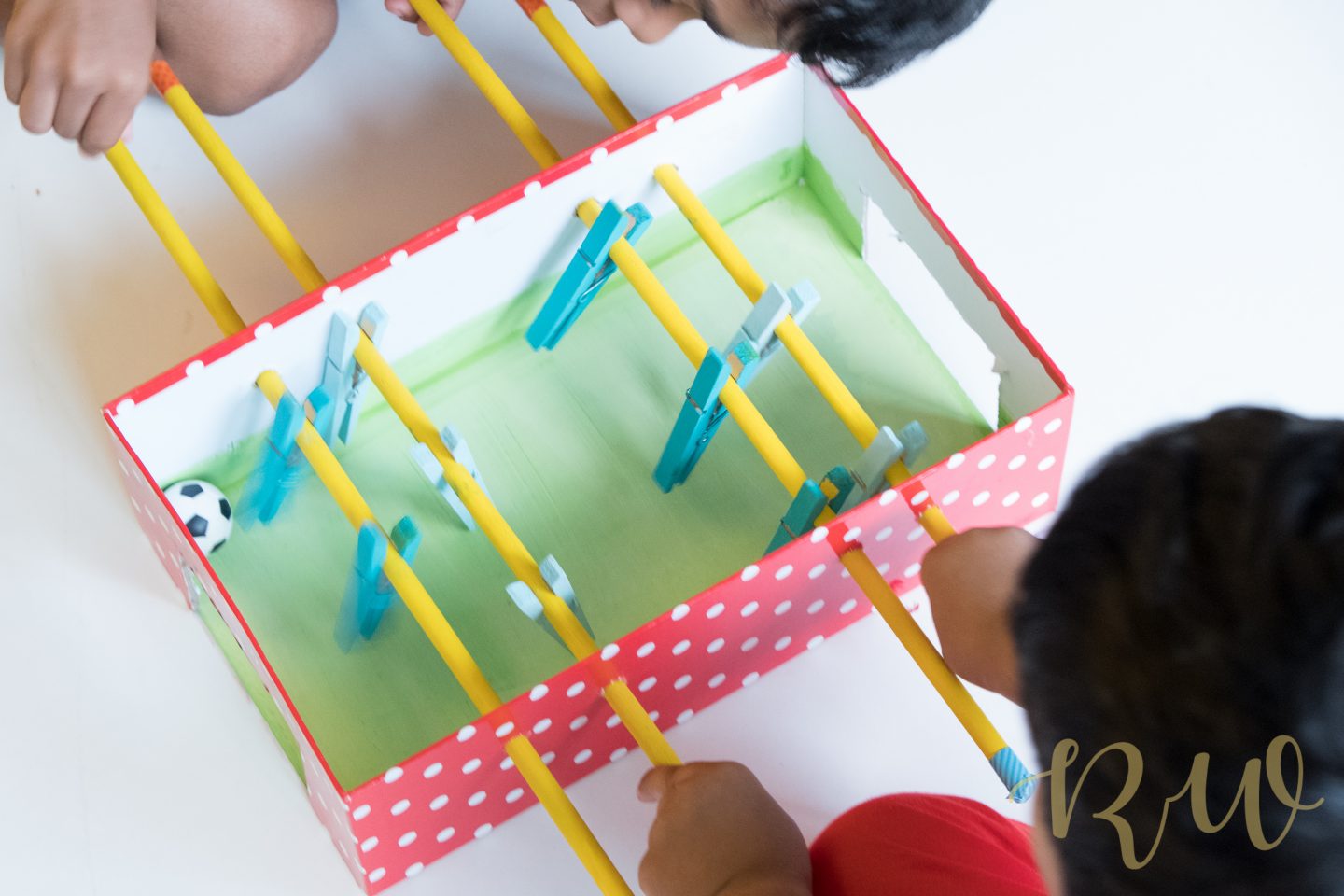 Just drop the ping pong ball and enjoy the priceless pleasure of seeing your little ones have a fun time playing their very own foosball made with a re-used box and with so much love! 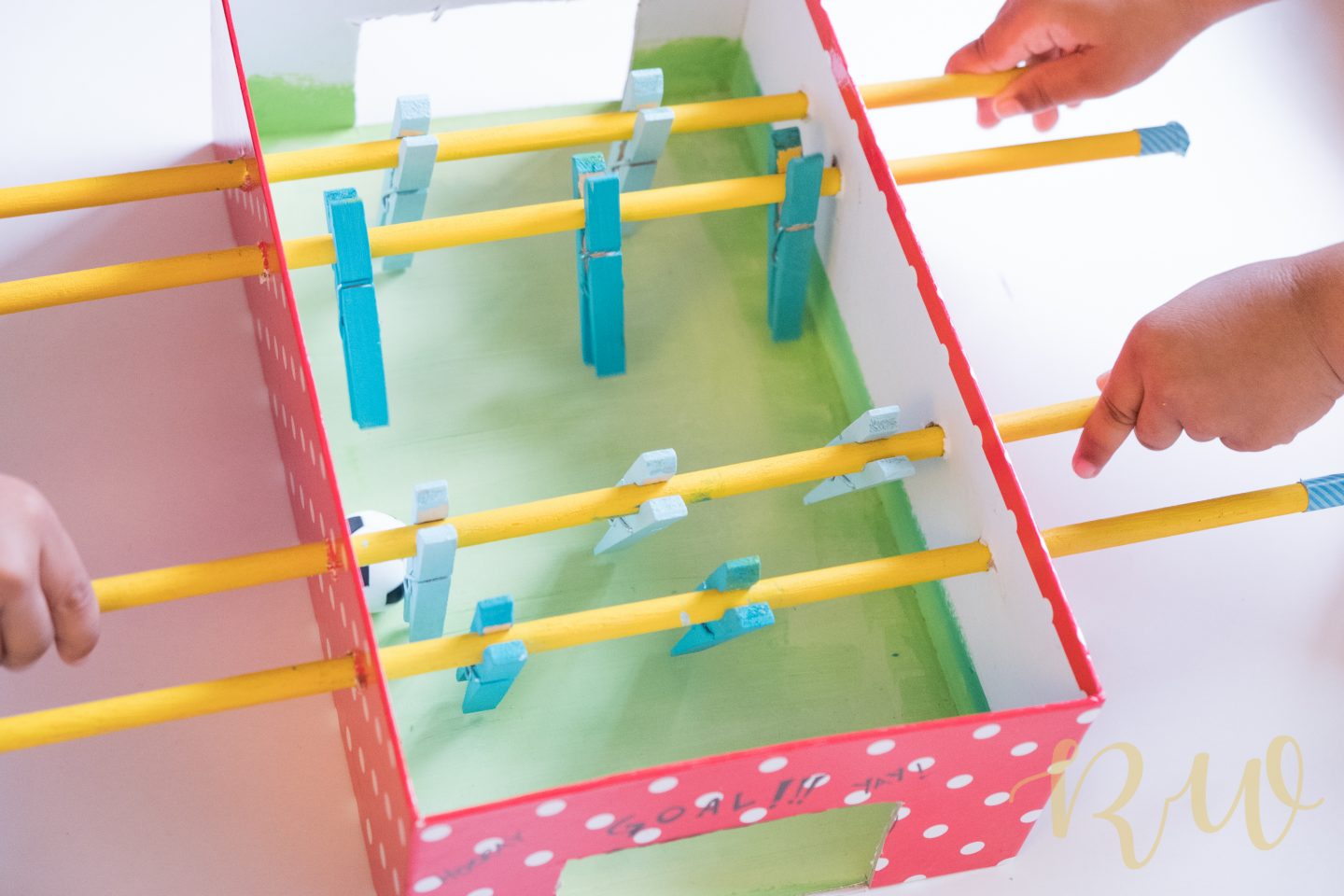 It’s actually much easier done than it sounds; so hopefully this post will make the process much easier.

Few things to keep in mind:

Such a fun project it was and seeing the monkeys loving it, made my day!

Do let know if you make it for your loved ones also, tag me #rheawritesdiy, would love love love to see them.